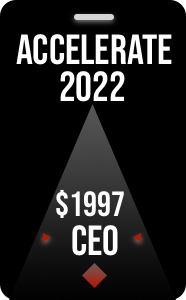 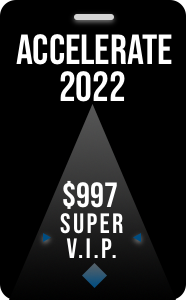 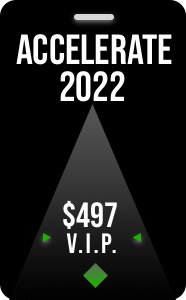 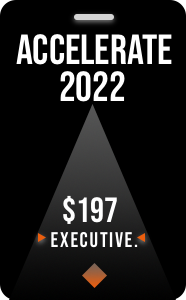 Stay Up To Date

Register to get any updates. 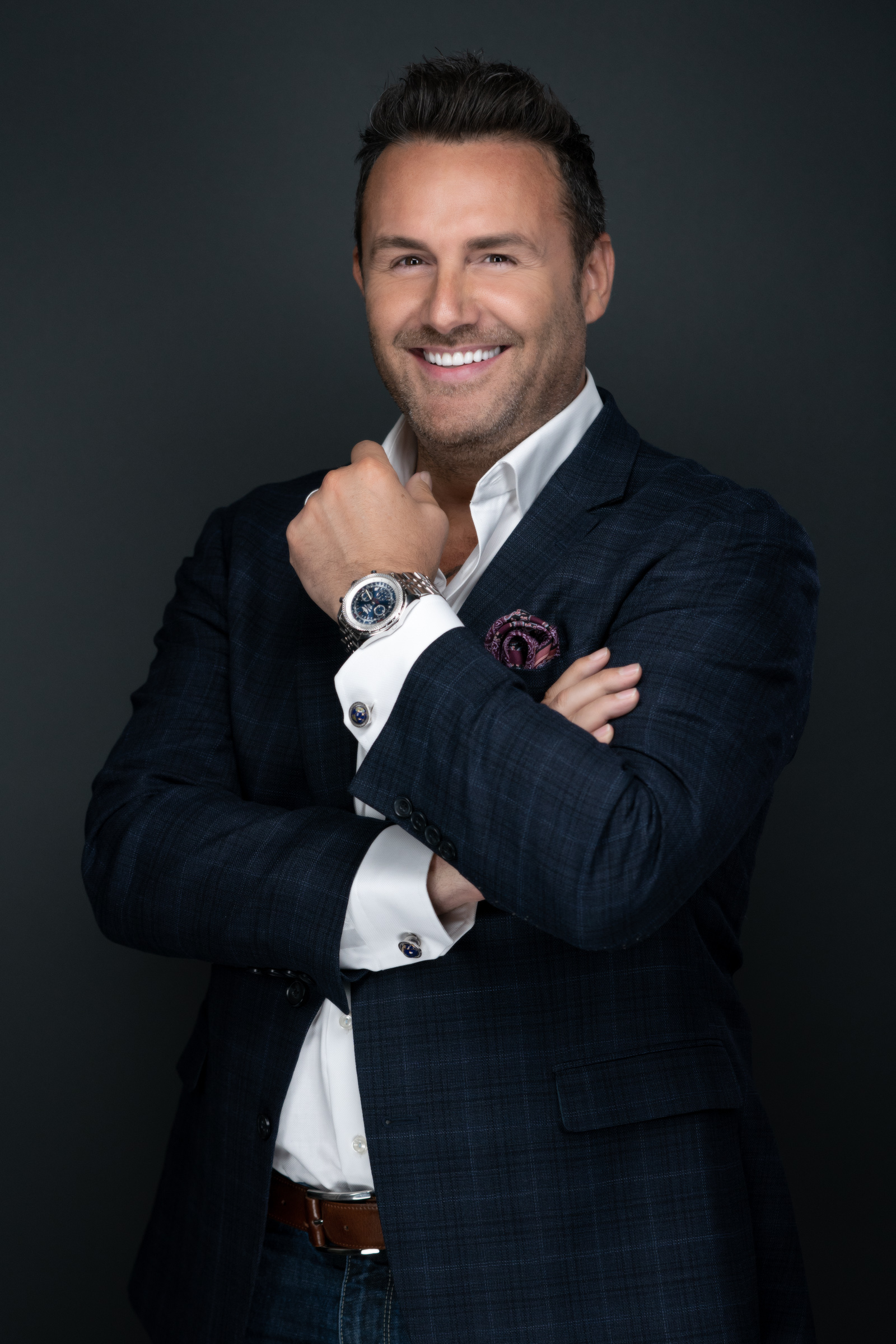 Brad Lea is a leading authority on web-based training. Experienced and proven in sales and marketing, he is a seasoned professional with a strong base of sales management coming from 25 years in the Automotive Industry.

Brad’s thought leadership has been instrumental in helping guide some of today’s most effective and productive sales professionals worldwide. Brad is also the author of the Real Deal Lease Presentation.

As the Founder and CEO of LightSpeed VT, Brad has revolutionized the online training world. He has set the gold standard for how training is delivered, tracked and reported on ensuring maximum performance, accountability, retention and results.

All sales are final.  One name change per ticket.

Albert Preciado is the Founder and CEO of The Mortgage Guys, Ambiance Realty and Driven Enterprises. Albert is also a Real Estate Investor. In 2013 Albert bought a 3 unit property and like everything else Albert does he went all in and acquired as many multi-units as possible. This would end up being a Life Changer. Albert’s original company was The Mortgage Guy and after mentorship sessions the company’s name changed to The Mortgage Guys. This was another Life Changer.

Albert has been in the mortgage industry since 2005, he is a licensed Broker and Mortgage Originator. Albert went through the toughest times of his life in 2008 when we had a market recession and Mortgage Meltdown but decided to weather the storm and not quit the industry he believed in.

The reason why Albert started a mortgage company was because of the pain endured by his parents and himself when they got turned down for a mortgage time after time in the early 90s. Albert always had a dream; to have a house with a big yard and a dog since he was a kid, and it never happened because of unprofessional Real Estate and Mortgage Agents. Looking back, Albert realized how his parents did qualify for a home loan but due to the incompetence of the Real Estate and Mortgage Agents helping at the time, nothing ever happened. Albert committed to start a Mortgage Company from scratch and create a company that will help humble families make their American Dream a reality. Albert’s life wasn’t always perfect and his mid 20s were full of costly mistakes that could have costed him his life. 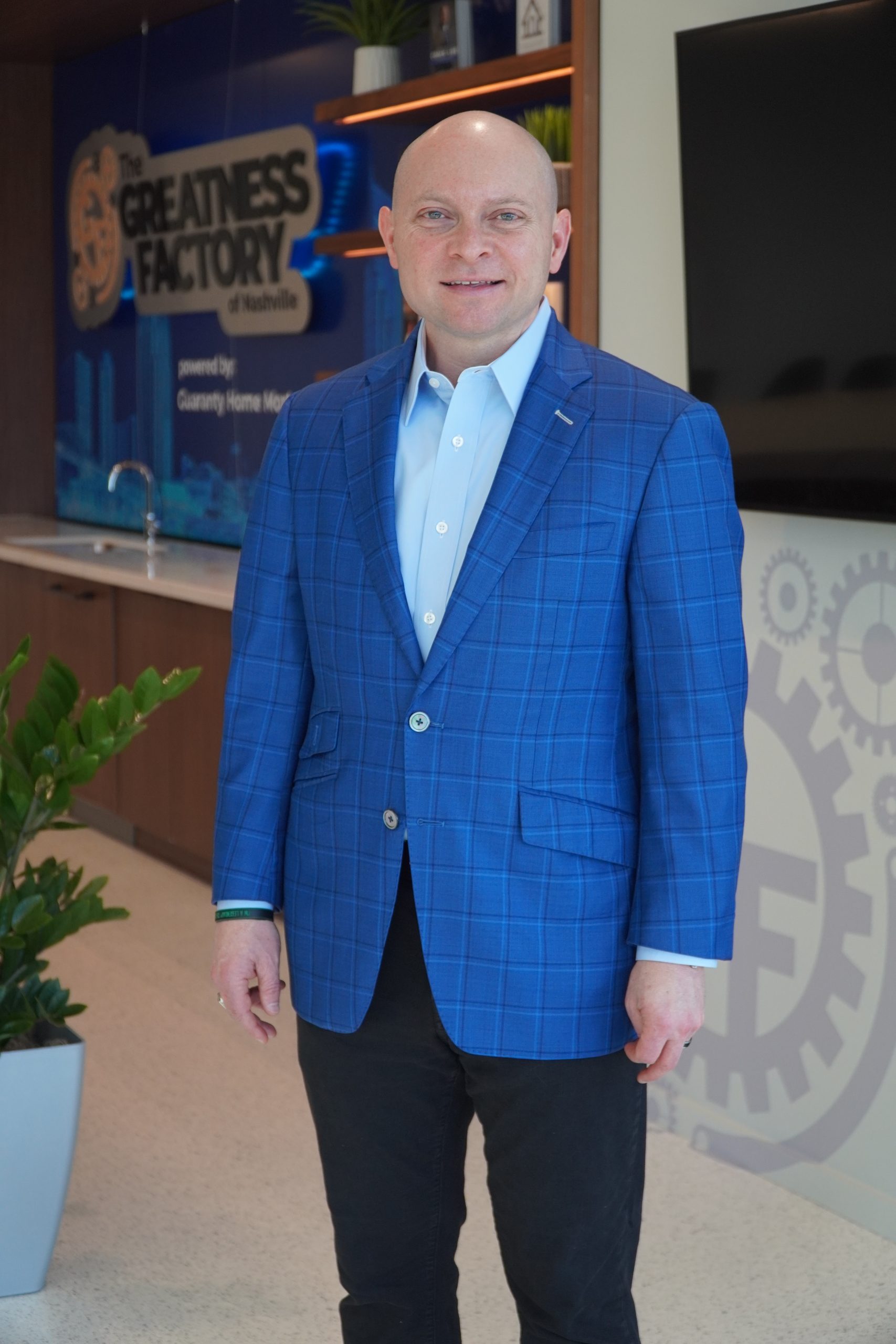 Coach Burt has a simply philosophy,​

Burt is both INTENSE and POSITIVE and many like his authentic nature and pure coaching skills of packaging and delivering content in ways that get people to take action and get results.

Coach Micheal Burt is considered “America’s Coach,” a unique blend of a former championship basketball coach combined with a deep methodology of inner-engineering people to produce at a higher level in the business world. Coach Burt found his unique voice early in life at the age of 15 by starting his basketball coaching career with a junior pro basketball team. 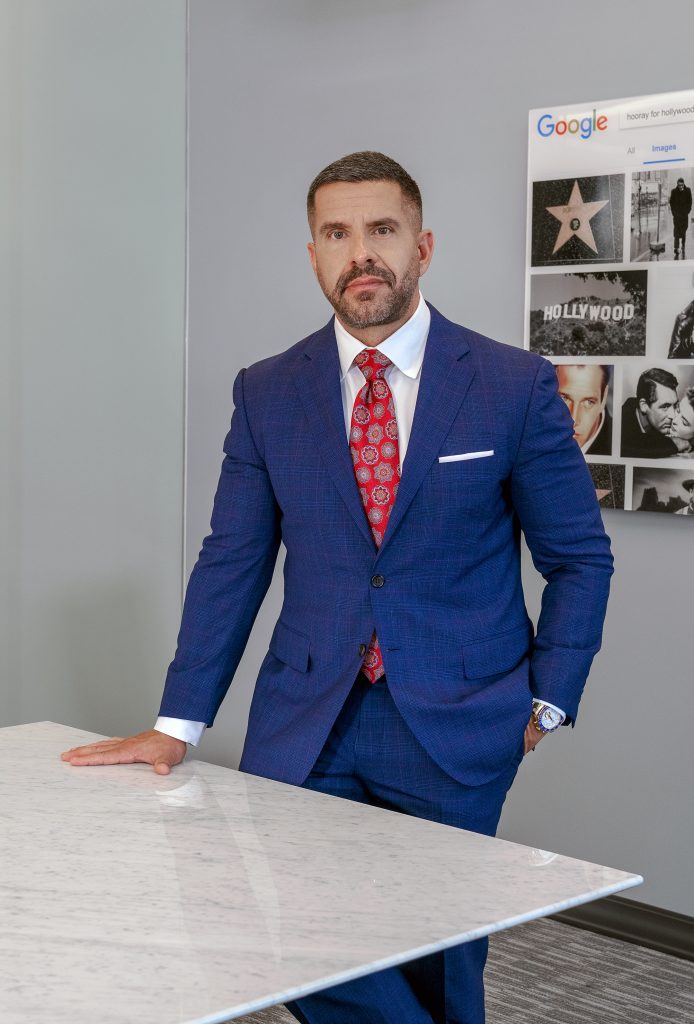 Rob has more than 20 years of experience in the wealth management industry. He is an on-air contributor for Fox Business. He can be seen on the network every Friday on the show Making Money with Charles Payne. He is also a regular guest on CNBC and other financial networks and has been featured in numerous publications such as Barron’s and The Wall Street Journal.

In January 2020, Rob sold a majority interest in Surevest, the wealth management firm he founded from a spare bedroom in 2002, to CI Financial, the largest non-bank publicly traded financial company in Canada for an undisclosed amount.

This transaction has allowed Rob to focus on his passion for working and developing innovative solutions for clients and advisors in the ultra-high-net worth market (defined as clients with a net worth over $25 million). Rob’s personal clients include professional athletes, entrepreneurs, and senior level executives of publicly traded corporations.

Rob holds MBA degrees from the prestigious Anderson School at The University of California Los Angeles (UCLA) and Asia’s top business school, National University of Singapore (NUS), with an emphasis on global business management, international finance, economics, and strategy. An Ivy League alumnus of the Wharton School at the University of Pennsylvania, Rob graduated from the Wharton Advanced Management Program (AMP) in 2011. A lifelong learner, Rob has also been a Wharton Fellow since 2011. During his time as a Wharton Fellow, he has consulted on strategy with companies such as Google, Microsoft, Amazon, Cisco, and Costco.

With the goal to deliver high-quality financial advice to the aspiring millionaire, he has launched Rob Luna’s Wealth Talk, a weekly YouTube show, with actionable ideas on how to increase and enjoy your wealth. He also has started an online virtual training and mentorship program for entrepreneurs called Rob Luna Wealth Academy. 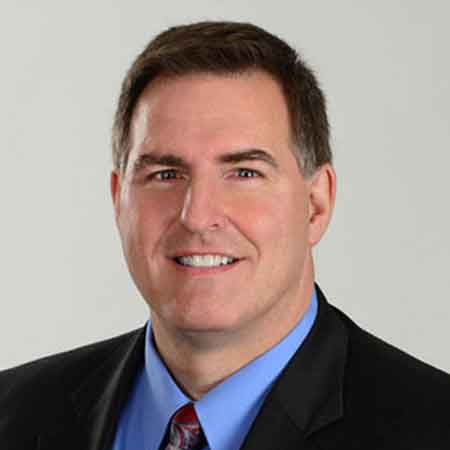 Matich grew up in Sacramento, California.  He did not become starter on his high school football team until he was a senior. Once he did start, At Rio Americano High he was all-league, all-city and All-Northern California, nominated for prep All-American,  lettered twice in football and wrestling.  Trevor played college football at Brigham Young University where he was a two-time all-conference offensive lineman in the Western Athletic Conference. As a member of The Church of Jesus Christ of Latter-day Saints, he went on a mission to Torreón in Mexico after his second season at BYU.

After returning, he helped the team win the 1984 NCAA football championship as their starting center.  He was drafted by the New England Patriots in the first round of the 1985 NFL Draft. He injured his ankle in his first game as a rookie and missed the rest of the season.  After four seasons with the Patriots, he went on to play for the Detroit Lions, New York Jets, Indianapolis Colts and Washington Redskins. In all, he played in the NFL for 12 seasons, mainly as a long snapper. While playing for the Indianapolis Colts (1992–1993), he was nicknamed the “Hardest Working Man in Pro Football” due to his constant practicing and warming up on the sidelines.

Following his NFL career, Matich briefly served as an analyst for Fox Sports’ NFL coverage. He called NFL-Europe games in the spring of 1998, and the Air Force-Navy game for the Military Channel that fall. For the 1999 and 2000 seasons he had a full schedule of nationally broadcast college games for Fox Sports Net. In 2001 he joined the CBS Sports NFL team. Matich joined ESPN Radio’s College GameDay, the day-long (noon-7 p.m. ET during college football season) which covers all the action with analysis, opinion, news updates and reports from key games, in 2007. In addition, he provides college football analysis for SportsCenter, College Football Live, College GameDay, Outside the Lines and ESPN Radio studio programming.  In addition to working for ESPN, he currently analyzes the Redskins for Comcast SportsNet Washington where he has won sixteen Emmy awards.

Trevor speaks regularly on Team Building and Personal Growth. Trevor and his wife reside in part-time in Nashville and part-time in Connecticut. 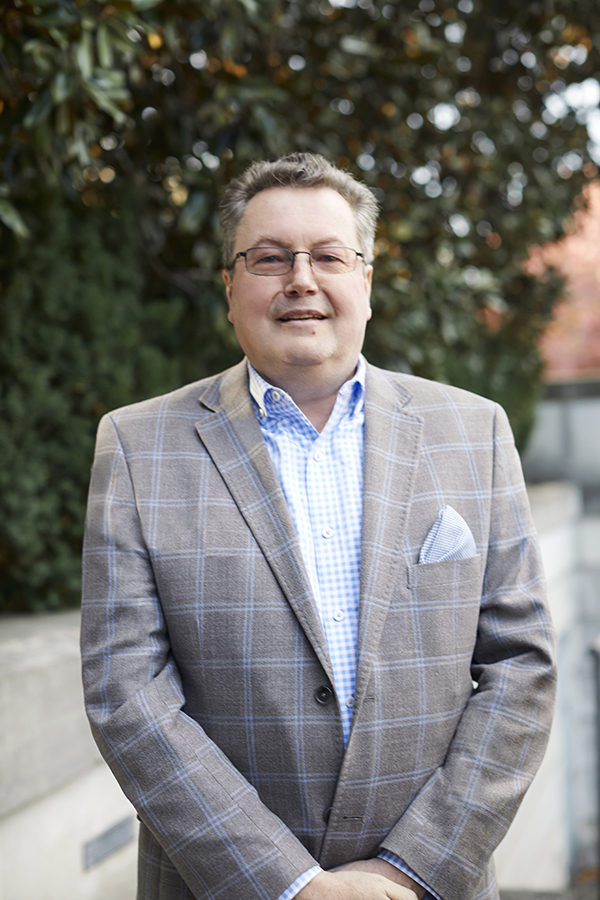 Brian Truman joined Accel Group in 2016, specializing in multi-family, retail and business brokerage sales. He understands the mindset of business and building owners. His passion is to help his clients achieve generational wealth.

His previous national sales experience and his obsession with service have increased the team’s overall deal size and reach.  Brian is an accomplished sales professional with 24 years of sales—both consultative and change management, and selling.  He has negotiated both in the public and private sectors, with experience in selling to C-level decision makers and business owners doing deals in the hundreds of millions.

Brian and his wife reside in the Middle Tennessee since 2006. They have four sons, who all live locally.

Jana Truman is Managing Broker and Investment Advisor with Accel Commercial Real Estate, part of the Accel Group of businesses, partnering with investors, business owners, and entrepreneurs to grow their personal and professional wealth through the acquisition, disposition and long-term strategies of commercial real estate.

After working for a decade and a half as a marketing and advertising professional for many well-known brands and start-ups, Jana worked doing commercial real estate appraising, starting in 2011, appraising all types of commercial real estate across all classes in the state of Tennessee, which now gives her investor clients the invaluable benefits of her valuation experience.

In 2014, she decided real estate was her passion, she added a focus to commercial real estate advisement, presently as managing broker for her own brokerage. She and her husband also also own Accel Exit Advisors, a business brokerage.   Her real estate team consists of educated and dedicated brokers, each with specialties and a great operations team. She teaches classes and gives speeches on commercial real estate on a regular basis to associations, non-profits, investors and other agents.

In her spare time, she wanders Tennessee with her husband of 30+ years, looking at properties, talking about technology with her four grown sons, soaking up as much continuing education as she can, volunteering in her community, helping others succeed in business. She is addicted to foreign language films. She and her husband/partner, Brian Truman, have lived in Middle Tennessee since 2006.

Matt Rogers is a TV show personality, NFL Announcer and business owner. After becoming a Rose Bowl Champion in 2001 with the Washington Huskies,

Matt followed his passion for television. He first found fame as a Season 3 finalist on FOX’s reality singing competition “American Idol.” Matt began auctioneering in 2008 when his son was diagnosed with Cystic Fibrosis. Matt and his wife wanted to give back to a cause that gave people hope for a better future.

Matt is the MC for the ACCELERATE 2022 event